If you’re in London at the moment, perhaps for the Email Innovations Summit, you’ll see lots of billboards for Blade Runner 2049. It looks like a fantastic movie, and I’m especially keen to learn the answer to something that has bugged me since the original: is Blade Runner Rick Deckard (Harrison Ford), himself a replicant?

Whether or not Deckard is a replicant was left open-ended in the first movie, but in ‘Do Androids Dream of Electric Sheep?’ – the Philip K. Dick book upon which the film is based, Deckard passes a so-called Voight-Kampf test, a fictionalized version of the Turing test. The Voight-Kampf test was created to identify replicants posing as humans. If Decker is indeed a replicant, not only will he have beaten the Voight-Kampf test, he’ll also be violating the ‘Blade Runner Rule’- a law prohibiting replicants from posing as people.

Just as the movie’s Voight-Kampf test was designed to identify replicants posing as humans, so the Turing test was intended to identify computers posing as humans. Turing described a test in which a computer communicating in text might display intelligent behavior indistinguishable from that of a human. Turing proposed his test as a practical and measurable way to assess machine intelligence, knowing full well its limitations. The test is helpful more as an inspirational idea rather than its literal interpretation as a human-imitation game.

The standard version of the Turing test, where player C, the interrogator, seeks to establish which player – A or B – is a machine and which is a person.

While we’re still a long way from generalized AI that brings us anywhere close to lifelike replicants, there is a current opportunity for task-specific AI competitions. For example, Turing Tests that could be contests for AI-driven personal shoppers that make individualized product recommendations for each consumer via email and other digital channels, just like an in-store personal shopper.

I’d love to see a contest to find the best digital personal shopper that can make individualized product recommendations via the email channel. The test should judge the humanness and effectiveness of the product recommendations, and (as we do in other areas of marketing) we can assess the impact of Machine Learning through A/B tests.

The only open question is whether a replicant would make an excellent in-store personal shopper – I’ll let you know after I see the film.

Read more|Google Duplex – the what, the ethics, the implications from retail CRM and email 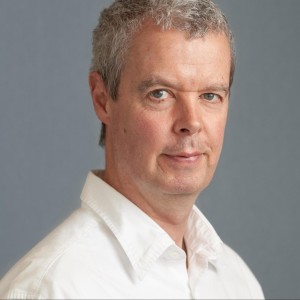 Comments are closed.
We use cookies to ensure that we give you the best experience on our website. If you continue to use this site we will assume that you are happy with it.OkRead more